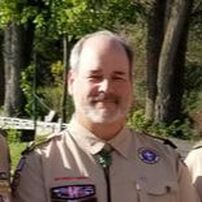 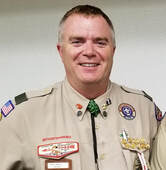 Neimon takes pride in helping hold the court system together.  Michael Neimon sees the court system as the glue that holds society together. Many of his colleagues no doubt think the court system itself would have a few more loose ends were it not for the work of the District 3 court administrator. Broadly speaking, Neimon’s main responsibility is to provide administrative support to the chief judge for the Third District, Jennifer Dorow , as well as for circuit-court judges and staff within the district. In practice, the job has him doing everything from helping courts manage their caseloads to overseeing security and construction projects at courthouses. Neimon may spend a lot of time working with circuit courts in the Third District, which encompasses Jefferson, Ozaukee, Washington and Waukesha counties. But he is technically an employee of the state Supreme Court. As such, part of his time is spent making sure lower courts are following procedures and rules set by the high court. Neimon said he seldom if ever finds himself having to push someone to come into compliance. “I mostly try to be a colleague and provide technical and professional expertise in areas that they might not have,” he said. “Luckily for me, I have the best clerks of court in the state of Wisconsin. So they make my job a whole lot easier.” In nominating Neimon for an Unsung Hero award, Waukesha County Judge Michael Bohren noted that Neimon sits on the state court’s Planning and Policy Advisory Committee’s court security subcommittee. Outside of wor​k hours, Neimon helps organize conferences held every year in Wisconsin on court safety and security. “The conference is better each year in part due to Mike’s hard work,” Bohren wrote in his nomination. When not doing things related to his job outside work hours, Neimon is at no loss for ways to stay busy. The Wauwatosa native is the Scoutmaster for Boy Scout Troop 49 in Oconomowoc and is the father of two Eagle Scouts. He serves as the president of the Meadows of Delafield Homeowners Association and prides himself on his conservation work with that group. He also coaches high school students at the Kettle Moraine Curling Club. And, last but not least, he has a black belt in karate and helps teach students at a local martial-arts academy. Although Neimon said he doesn’t go out of his way to be publicly honored, he is happy to receive an Unsung Heroes award. He views it not so much as a recognition of his own particular accomplishments, but rather of the essential yet behind-the-scenes work that hundreds of people perform every day to keep the judicial system running smoothly. “My colleagues and I, we work together to solve problems and simply do the work we are entrusted to do,” Neimon said. “So that’s what’s good for me about this – to have it acknowledged that that’s where all the solutions come from, when we work together as a team.” ~Dan Shaw – Wisconsin Law Journal 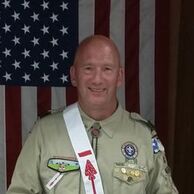 Eric Nelson has lived a life of service. And he would call it joyful.
Eric served as a Corpsman in the Navy for 3 ½ years.  At St. Joan of Arc in Nashotah, he has served as a Sexton for over eight years, and currently serves as an usher. He sings in the church choir and has done so for many years.  For over twelve years, he has volunteered at the many PTA events throughout the year at both elementary and intermediate schools in Oconomowoc. He has also chaired many different committees including the annual Family Social Event at Park Lawn Elementary and the Oconomowoc Music Parents Association. For the last six years, he has coordinated all of the Oconomowoc School’s set building for their plays and musicals. He has been commended for the elaborate sets and his attention to detail.
For the City of Oconomowoc, Eric approached the city leaders and volunteered to set up and run a city-wide year round Geocaching course. This has proven to be highly successful. He is always improving it by adding new features.
In 2005 Eric started volunteering in scouting in Pack 7 as a Cub Scout Webelos Leader for his oldest son's den. In 2006 he took Outdoor Leader Skills for Webelos Leaders (OWL) training. In 2007 he volunteered as the Tiger Den Leader for his second son's den. He continued to serve as a Den Leader until his son moved to Boyscouts in 2012.
In 2007 Eric joined Troop 49 with his eldest son and started as a Committee Member.In 2008, he took Outdoor Leadership Skills Training (Oakleaf) and stepped into the role of Assistant Scoutmaster in 2009. In 2010 he become Troop 49's Scoutmaster and served the troop in that capacity for 3 years. He was awarded the Boy Scout Leader's Training Award in 2012. In 2013 he was awarded the Unit Leader Award of Merit. And later that year he was awarded the Scoutmaster's Key.
Eric was selected for membership into the Order of the Arrow in 2010 and participated in the Fall Conference for his Ordeal that year. He has assisted in our District OA elections every year since then. He became Brotherhood in 2011.
For several years he has hosted the Troop's New Scout Camp in June and the Troop's Webelos II /Boy Scout Camp out in October. Area Webelos and their parents are invited to the Webelos Campout. Eric has improved the grounds to include a fire bowl, tent camp grounds for the scouts, a Geocaching course, an orienteering course, and nature trails used for animal, tree and leaf identification. Eric has tasked the Troop Arrowmen to run the orienteering course for the Webelos Camp and the New Scout Camp.
Eris is a Merit Badge Counselor for the Potawatomi Area Council since 2008. He is counselor for Family Life, Citizenship in the Community, Citizenship in the Nation, Geocaching, and Fishing. Eric exemplifies cheerful service to others. He is a proud and supportive father and husband to his family; he takes care of his elderly Father and also takes care of his
elderly in-laws. He works tirelessly for his family, for his community, for the Troop, and for the Council.
A chosen name for Eric is Wilawillhan Wulalogewagan – Generous one that does good work. 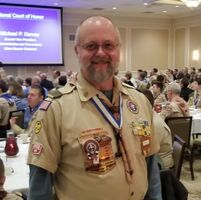 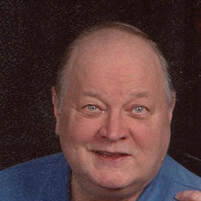 ​Jim joined the Navy in 1966 and was trained as a Hospital Corpsman. He was attached to the Marine Corp for the majority of his four years of service. Jim was stationed at Great Lakes Naval Training Station, Illinois; Camp La June, NC; Camp Pendleton, CA and Annapolis, MD. He served 12 months in Vietnam, February 1968-1969, with the 2nd Battalion 27th Marines Company G receiving a Purple Heart.
Prior to joining the Navy Jim attended the University of Wisconsin at La Crosse, WI and after leaving the Navy attended the University of Wisconsin at Milwaukee, WI. He was a long time employee of Milwaukee Insurance Company and retired in January of 2005.
Jim served as Scoutmaster for Boy Scout Troop 49 in Summit, Wisconsin for 12 years. For many years he also was a soccer coach with the Oconomowoc Soccer Association for boys age levels U8 through U16. Proud member of the Masonic Lodge for over 50 years and a member of the First Congregational UCC church in Oconomowoc. He enjoyed traveling, trying new foods, spending time with family and friends, especially his good Vet buddy, Eddie Meier. 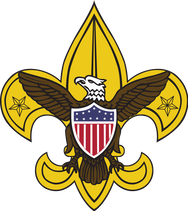 Mr. Valentine became involved in Boy Scouts some 35 years ago and it all started with Troop 49 and continued on throughout the years without taking a break. He served the troop in many ways; as an Assistant Scoutmaster, Scoutmaster, Committee Chair, Public relations, merit badge counselor, our Unit Commissioner and mentor to 57 Eagle Scouts including his son Matthew in 1985. With the number of additional scouts, parents and adult leaders- it is easily in the high hundreds in the troop alone. In our district he served many years as a Unit Commissioner for other troops and Cub Scout packs. For 25 years he was our District Chair for Scouting for Food. During this time he was awarded the District Award of Merit and then our Council’s highest award: the Silver Beaver Award. He believed in being a trained leader so he went to Wood Badge where he was part of the Antelope patrol. He was happy to hear that when I attended Wood Badge I was in the Antelope patrol. I think this was so when it came time to sing the Wood Badge song during a beading ceremony or at the Wood Badge breakfast he wasn’t the only one standing to sing the Antelope part.
There were times when Matt and I would talk about what the adult’s role in scouts should be, and we would say that “we have succeeded if we can make a positive impact on at least one scout”.  Mr. Valentine’s impact was much higher than just one scout. When the troop went camping or on a high adventure trip, if there were any questions or concerns, he either had the answer or he could tell us where to find the answer, sometimes it was as easy as “go to REI”. He was serious most of the time but if you were fortunate enough to see it he had a sense of humor. The stories of his adventures; one time going to Boundary Waters and running into a bad storm and how he and Allan Kastelic had to sew a sizable tear in a tent or when he went to Philmont or going to Camp Gardner Dam or Camp Long Lake he could always tell us something funny that went on; either what a scout did or what an adult did.
Many times over the years when a scout needed a place to build part or build his entire Eagle project, he had the necessary wood working tools at his house so into his garage everyone went and let the building begin.
The scout motto is “be prepared”, he was always prepared, sometimes over prepared, but he made sure everyone was prepared. There is a line in the scout oath that says “to help other people at all times”- that was Mr. Valentine. He was very generous, earlier this year he bought two high adventure tents for the troop. I have no doubt that his legacy will go on for a very long time in Troop 49 and in our district.
Earlier Troop 49 presented the Valentine family with our troop flag. This is the flag that flew over every campout over the last 5 years.  Considering how much Mr. Valentine did for us we felt it was fitting that his family would have it.
Over many years Mr. Valentine made some lasting donations to the troop, including the purchase of our current troop trailer, several High adventure tents, our original Timberline tents used on all weekend and summer camps, and the Camp kitchen sink and Dutch ovens.
​​Valentine, Matthew "Matt" Age 71 of Oconomowoc, entered eternal life December 22, 2013. Matt was born November 23, 1942 in Chicago to Matthew and Marian (nee Lindbom) Valentine. He married Janet Martin February 18, 1967 in Chicago. Matt was a 1965 graduate of the University of Illinois. He was an insurance auditor at West Bend Insurance. He was very active in many capacities with the Summit Boy Scout Troop 49. He served in the Army from 1965 to 1967. Matt is survived by his beloved wife Janet, his loving son Matthew (Lisa) of Gurnee, IL. and dear grandchildren Jonathan, Ian, and Aidan.
Click for Additional Information.